Become a Big Data specialist with the Programme in Big Data using Hadoop and Spark. Master advanced skills to boost your career.

Migrating to Big Data is inevitable for Organizations in the Information age. Big Data Hadoop training course combined with Spark training course is designed to give you in-depth knowledge of the Distributed Framework was invited to handle Big Data challenges. The Hadoop training along with its Eco-System tools and the super-fast programming framework Spark are explained, including the basics of Linux OS which is treated as the Server OS in industry.

You will also learn to use Pig, Hive, Python and Spark to process and analyse large datasets stored in the HDFS and also learn to use Sqoop for data ingestion from & to RDBMS and Big Data based Database - HBase which is a No-SQL Database. The best Spark training institute will help you master in processing real-time data using Spark. Implementing Spark applications, understanding parallel processing in Spark using Spark RDDs and Sparks capabilities in Big Data environment. There is a huge shortage of professionals in the area of Big Data, make the best use of time to cease the opportunity.

1. Introduction to the world of Big Data and Challenges it brings

2. Introduction to Hadoop and Hadoop Framework

3. Hadoop Architecture and its 5 background Services

10. Zookeeper and its functionality in Big Data eco-system

12. Introduction to Apache SPARK and the reason for its origin

14. Applications of MLlib module of Spark and its applications

Register for a free orientation 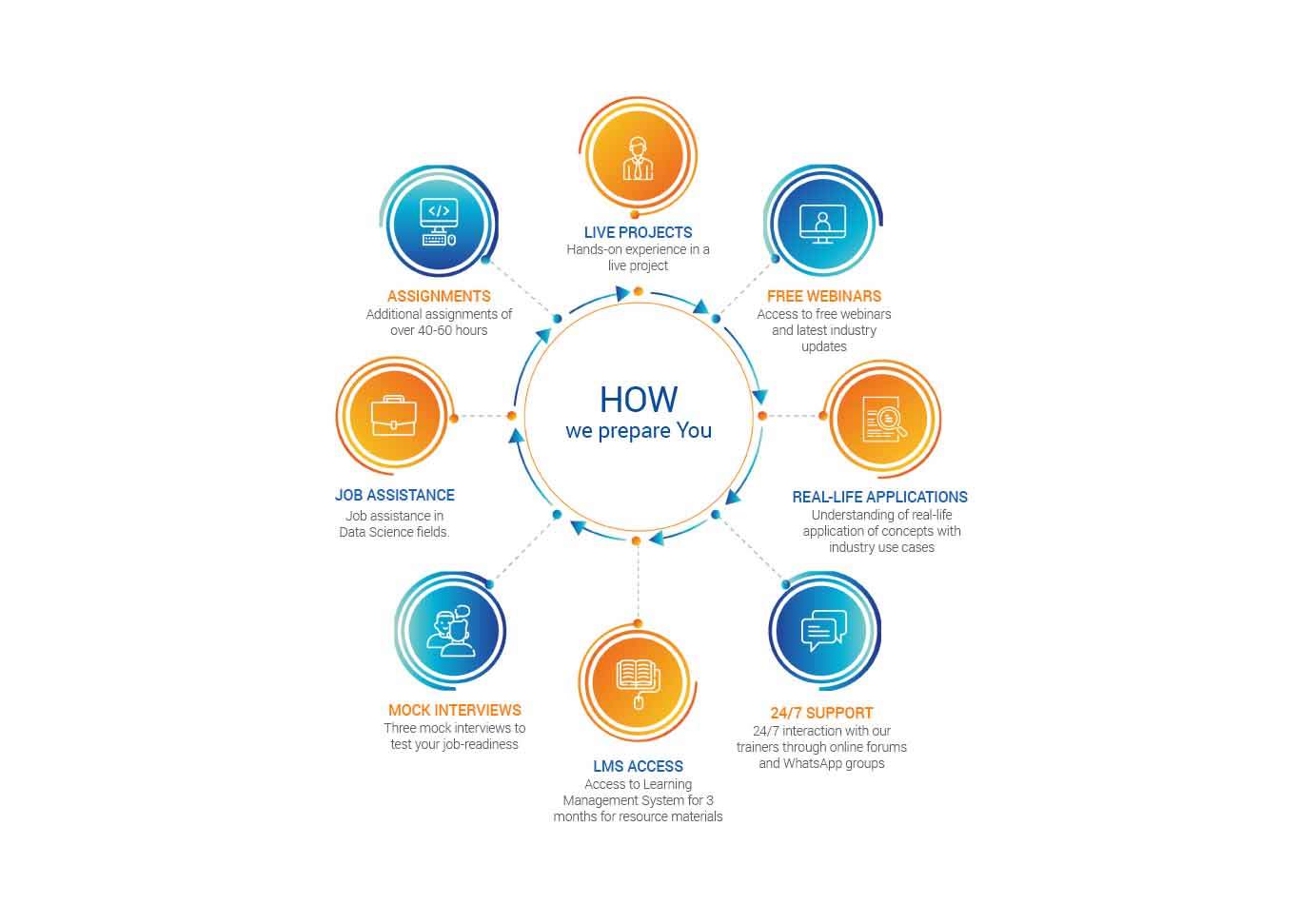 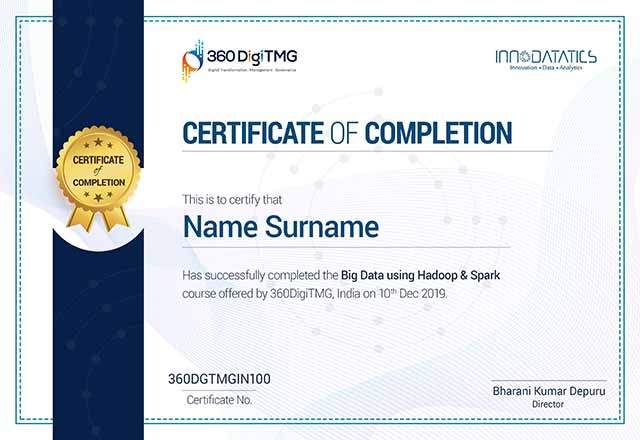 Earn a certificate and demonstrate your commitment to the profession. Use it to distinguish yourself in the job market, get recognised at the workplace and boost your confidence. There are various Certificates that you can accrue, and it is your passport to an accelerated career path and Certified Big Data Professionals enjoy high salary.

What is the difference between Data Science and Big Data Analytics?

While there are a number of roles pertaining to data professionals, most of the responsibilities overlap. However, the following are some basic job descriptions for each of these roles.

A Big Data Analyst role is similar to that of a Data Scientist. Though there may be tools that vary. The role in some cases also known as Data Engineer primarily does programming using Spark, Python, etc. It often compliments the role of a Data Scientist.

A Data Architect has a much broader role that involves establishing the hardware and software infrastructure needed for an to perform Data Analysis. They help in selecting the right database, servers, network architecture, GPUs, cores, memory, hard disk etc.

Different use different terms for data professionals. You will sometimes find these terms being used interchangeably. Though there are no hard rules that distinguish one from another, you should get the role descriptions clarified before you join an organisation

What should somebody with

With growing demand, there is a scarcity of Data Science Professionals in the market. If you can demonstrate strong knowledge of Data Science concepts and algorithms, then there is a high chance for you to be able to make a career in this profession.

360DigiTMG provides internship opportunities through Innodatatics, our USA-based consulting partner, for deserving participants to help them gain real-life experience. This greatly helps students to bridge the gap between theory and practical.

What job assistance do you provide fresh college graduates?

There are plenty of jobs available for data professionals. Once you complete the training, assignments and the live projects, we will send your resume to the with whom we have formal agreements on job placements.

We also conduct webinars to help you with your resume and job interviews. We cover all aspects of post-training activities that are required to get a successful placement.

Will I get assignments after I complete the classroom sessions?

After you have completed the classroom sessions, you will receive assignments through the online Learning Management System that you can access at your convenience. You will need to complete the assignments in order to obtain your Data Scientist certificate.

What the total course projects?

In this blended you will be attending 40 hours of classroom sessions. After completion, you will have access to the online Learning Management System for another three months for videos and assignments. The total duration of assignments to be completed online is 30-50 hours. Besides this, you will be working on a live project for a month.

What if I miss a classroom session?

If you miss a class, we will arrange for a recording of the session. You can then access it through the online Learning Management System.

How will you assign a mentor to me?

We assign mentors to each student in this Additionally, during the session, if the mentor feels that you require additional assistance, you may be referred to another mentor or trainer.

Do I pay extra for the certificate?

The cost of the certificate issued by us is included in the package. If you intend to attempt any external certifications, then you may have to pay extra for the body.

Very good exposure. Satisfied with this program. Teaching materials are complete and does not require any programming background to learn this course

Very experienced trainer and have patience to deal with every query raised in the classroom.

Great place to learn about Data Science . Trainers are knowlegable and shared lots of new terms which was easily understandable.